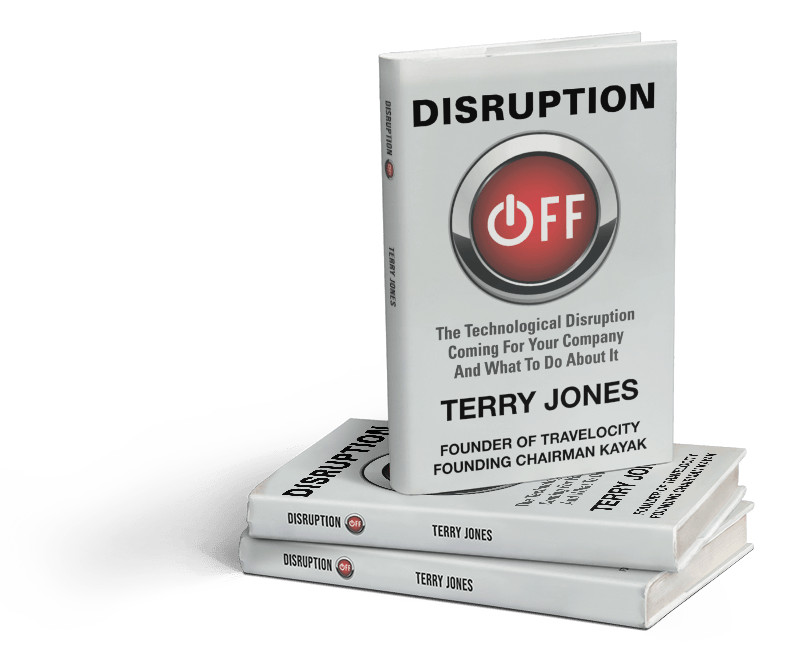 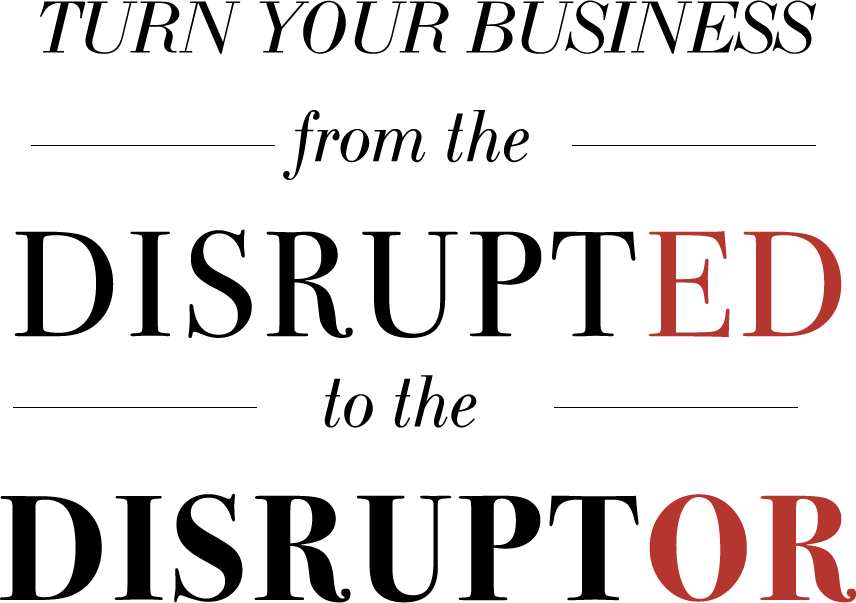 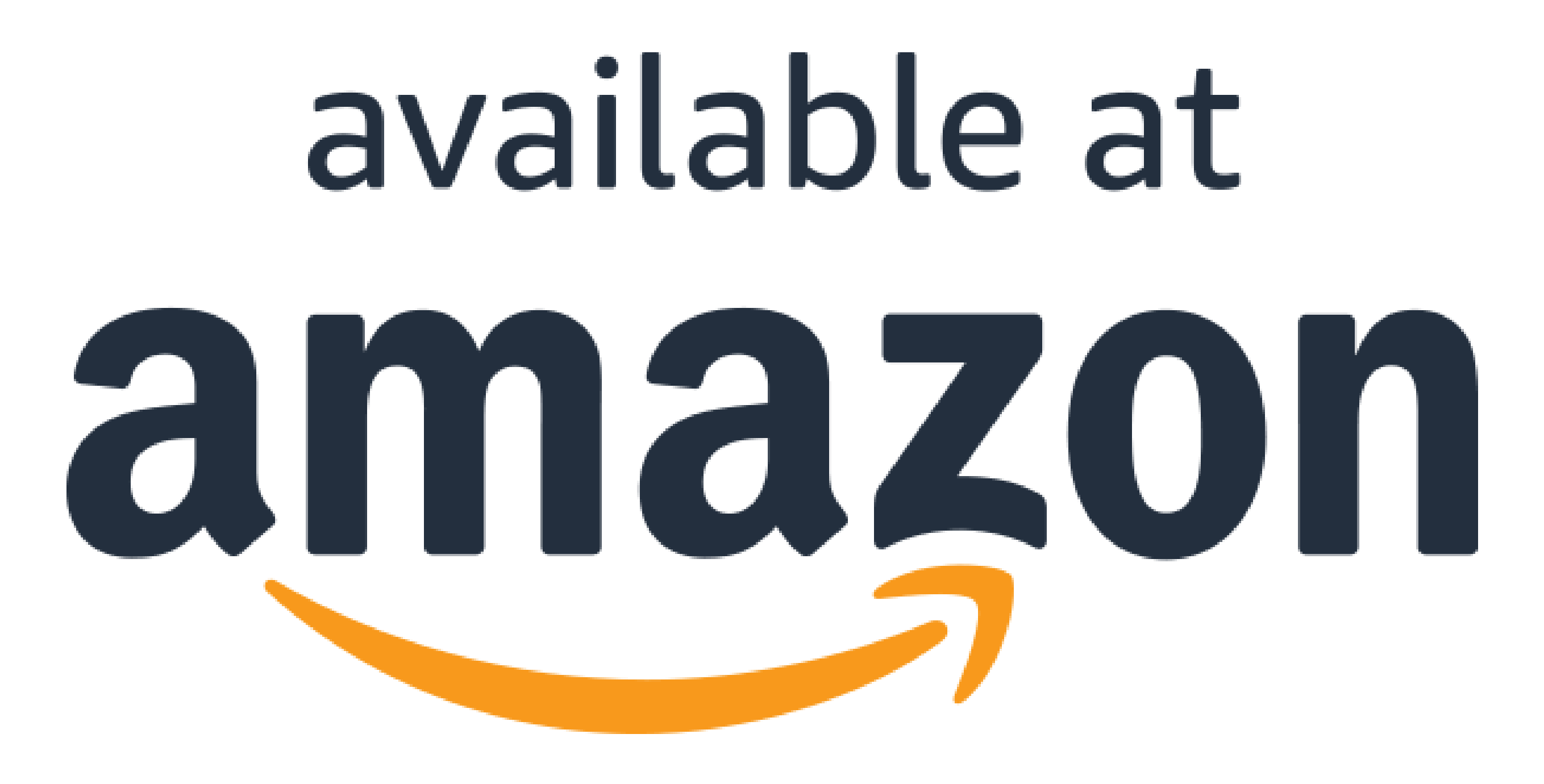 How new technologies and business models are going to disrupt your company, how to stop it, and how to be the one disrupting next.

Make sure your team is aware and prepared for new technologies and business models that startups and competitors are deploying to disrupt your company. For each copy you buy you'll get: 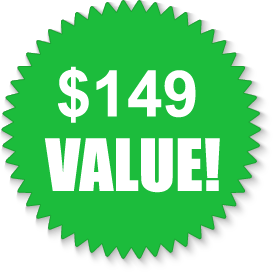 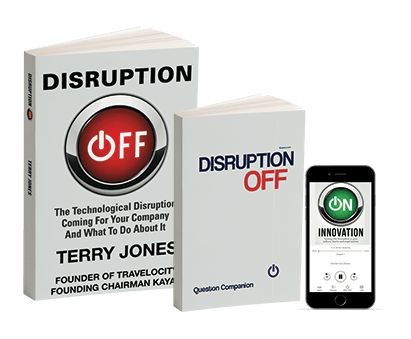 Printable Question Companion
Fuel discussion and discovery
Exclusive videos from Terry
Untold stories, inside tips, and more straight from Terry
Win a FREE copy of ON Innovation
Claim your bonuses and you'll be entered to win one of 10 free copies of ON Innovation
Surprise Bonuses
Terry is always looking for ways to add value, so keep an eye out for surprise bonuses!
ORDER NOW
Return to claim your bonuses!

Terry Jones is a Digital Disruptor, an author and a venture capitalist. He has founded five startups, with two billion dollar IPOs, Kayak and Travelocity, and has served on seventeen corporate boards. His career path has established him as a thought leader on innovation and disruption in our increasingly digital world. As a speaker, author, venture capitalist and board member Terry has been helping companies use the tools and techniques he’s developed to keep up with this rapidly changing world.

Terry's first book, ON Innovation counters the management-book tradition in which empty slogans too often take the place of actual thinking, Jones returns our attention to hard won insights learned from creating multiple startups and working for some of corporate America’s best mentors, and he does so with a light hand and a wry sense of humor.

His second book, Disruption OFF  lets you in on Terry’s startup playbook so you can learn to stay as nimble as the 21st century requires. Any leader of a traditional company needs to read Disruption OFF to stay ahead in this rapidly changing world.

Click here to book Terry to speak at your next event. 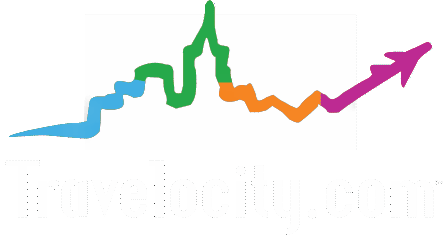 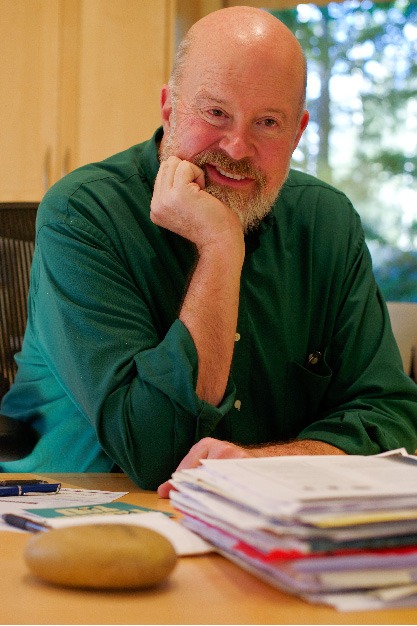 Who should read Disruption OFF?

Smart business leaders don't just see the changes coming; smart business leaders know how to use the waves of change to their advantage. It doesn't matter if you lead a team of 2, 10, or 10,000, Disruption OFF will help you analyze the forces at play within your industry and prepare your company to not just survive, but thrive. You won't just learn to protect your profits from disruption, you'll become the disruptor.

Starting a new venture can be a risky move, especially if you're attempting to stick to the status quo. Entrepreneurs who incorporate the lessons and mindset from Disruption OFF will build businesses that turn entire industries on their heads. You might not be the next Uber—you might be something even better.

While textbooks teach a great deal about what's been done, Disruption OFF prepares students to understand whats to come. Take your understanding of business to the next level and start to think like the biggest innovators of our time.

Just because you're not running Google doesn't mean big changes in technology will leave you unaffected. Understanding the principles of Disruption OFF and the forces at play within your own life can protect your career, marriage, investments, health, and more. Disruption is coming and if you're prepared, it doesn't have to hurt.

Praise for Disruption OFF

How to claim your bonus!

Buy the book!
ORDER NOW
Return to claim your bonuses!

How do I find my Amazon order number?

Go to Amazon.com and select Your orders from the menu at the top of Amazon.com. Your 19 digit code will be associated with your purchase of Disruption OFF

For press and publicity inquiries regarding Disruption OFF, please contact Monique at monique@tbjones.com or call 707-838-4379
Download Press Release
×

Dive straight into the feedback!Login below and you can start commenting using your own user instantly